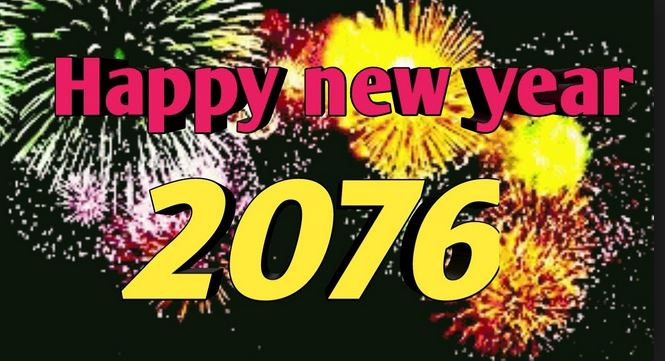 The New Year of Nepal (known in Nepal as Naya Barsha or Nawa Barsha) is the first day of the calendar year of Bikram Sambat Nepali. This is the 1st Baisakh day, which, according to the International Calendar, is mid-April (usually this day coincides with the 14th of April) and is the very beginning of the year. This is the primary of all the nine different New Year events being celebrated in Nepal.

Bikram Sambat calendar follows solar calendar system, so when sun is complete it's full revolution that passes through 12 30 ° zodiac sign making a total of 360 ° each. Now when it is passing from its last zodiac sign (pisces) to complete 360, the sun is just entering the new zodiac sign called Aries. So in the Hindu Bikram sambat system, the moment when sun is just entering Aries is referred to as New Year. Although this is the New Year of the Bikram Sambat Calendar followed by Hindus, as it is recognized by the Government of Nepal as the official Nepal Calendar, the 1st Baisakh is given a public holiday. For most Hindu people, this day is a religious day, as this is the beginning of their religious calendar year. The locals spend their time with prayers and worships inside their temples early in the morning, according to their rituals, and offer Puja, which is a ritual devoted to their gods. They would walk around the temple after they presented the Puja, opposing the direction of the clock as they ringed bells.

However, as denoted by the country's religious tolerance, peace and harmony, all ethnic groups, including religious minorities, are to some extent celebrating the New Year in Nepal.

This day marks the start-up of various programs to be run throughout the year, particularly academic and official programs. This day, people are planning picnics, touring and traveling. New Year is a celebration of a fun day. Family and friends are gathering and organizing a picnic or a day out. Nepali New Year celebration comes with joyful activities throughout the country that include street dances, parades, and meetings.

Organizations and individuals have always been enthusiastically involved in the occasion and fully funded. Parks throughout the country are full of celebration people. The Nepalese people living abroad also celebrate the New Year by organizing various events, especially their own nationality's artists ' concerts.

The people here are also making new resolutions in the New Year, similar to the International New Year. Along with this, they commemorate the event just like many other countries, hoping to have a lot of blessings and prosperity as they face the New Year.