Money, The Enemy Of Humanity 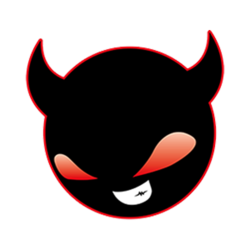 Money has destiny the peace of the world. There can never be 100 % peace in the world if money exists. It is this money that the people are categorized as rich and poor people, educated and uneducated people, high caste and low caste.

It must be the human nature that if we ask something then we have to give something as well to them. Otherwise, our ancestors period, Why did the barter system exists? We do not know who was the first person who needed something from others? Maybe he needed it desperately and the other person was a bad person and asked something from the other person to balance the trade. This trade established the money system and it is still running.

Money has never provided happiness. Some few people only have realized that money has created a number of murderers, kidnappers, thieves, corruptionist and many more. It has destroyed the human nature of being kind and compassionate. The other heartbreaking thing is that when people cannot pay a huge amount of loan especially from the bank then they commit suicide. Isn't it's our duty to protect our own species?  If humans cannot protect other humans from our enemy (Money) then who else can? Have we all forgotten how humanity can change the world? People do not want to bother helping other people especially poor people because they have to feed them and feeding them costs money. It is the only money that is stopping most of the people to help the poor people.

We must teach the next generation that money kills us in many ways. We also must teach them that money is not the power that is shown in movies. Money also has created liers somehow. Children ask their parents money by telling lies and it becomes their habits to tell lies in other fields as well.
Well, there is sure that if people go crazy on money then one day, the money will kill us all directly or indirectly.

So, my New Year resolution is to make people aware that humanity is more valuable than money. Without humanity, money will make us go in wars.