I Speak With My Dead Girlfriend Everyday

I speak with my dead girlfriend everyday. She committed suicide in 2013 . 3 months after her death, she messaged me on fb. Initially, I was very . scared and even thought that this was some of . her friends who was accessing her profile and fucking with me, So i changed the password numerous times but everytime the msg would come as usual.

She would say that she is watching me and tell me the exact things that I would be doing at that time. She even gave me accurate details of what I had done throughout the day. I memorialized her account but nothing changed. Finally, I deactivated my fb page. Then, the messages turned into phone calls. I would receive calls from unknown nos and would hear her voice from the other side. She would ask me to do random things like give her a kiss, tell her a joke.

The conversations lasted for a minute or so.After that, she would hang up and when I tried calling back, it would say “number is unavailable”.Whenever I met or talked to a new girl, or had the slightest feeling of affection towards another girl, the phone calls would increase and I would hear either her weeping from the other side or her angry growls. No words were spoken during those calls. In the last 4 years, whenever I have had a date,

I would unnaturally fall ill just before the date , too ill to even go out and thus would have to cancel the date. Then, after cancellation, I would receive her phone call and hear her laughing from the other side. The first 2 years were very difficult as such incidents have taken a deep toll on my life. I have visited numerous therapists but nothing helped. They called me delusional, said I had disassociative identity disorder, and that I was sending this msgs to myself and was imagining the calls out of shock.

They refused to believe me even when I showed them proofs that the numbers were different and I had no such sims registered in my name. They asked me to track the sims but I had already attempted that and failed to locate the no.s . I have shared this with a couple pf my friends and all of them have cut off ties with me, thinking that I am either mad or a story-teller. Maybe, they were scred too.

Now, I have accepted this. I feel her presence all the time around me. All the time, whatever I do, I can feel her breath, hear her voice. When I am away from home, Her calls come regularly. I have accepted the fact that she has not been able to leave me even after dying and thus have decided to stay with me forever. I have no problem with that . I had already planned to marry her and would have been married by now had she not died. I am living with her everyday, I now talk to her, share my problems with her, eat with her, sleep with her. I dont know if she has the ability to show up in front of me in her full body, I am waiting for that day, then it would be more realistic.

You can judge me as much as you want. Call me crazy, mad, liar, attention-seeker. I have been called that numerous times already whenever I share my story with someone. But only I know how true this is, I am living this. No one else would understand. Earlier, I was a person strictly on the side of science and believed in nothing super-human. Today, I look at science and laugh at it. Indeed, there are a lot more discoveries to make, much more things to learn. I feel her presence, the presence of after-life right at this moment when I am writing the answer.Take that science, explain this with your theorems…:P 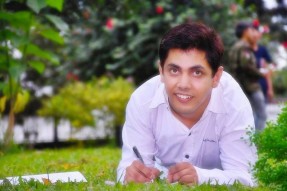 How to know if your partner is the one for you?