Conceived as an intergovernmental grouping of the South Asian nations to foster collective action among member states in the 1980s, SAARC currently stands at the critical juncture in its history. With the cancellation of the 19th SAARC summit which was to be held in Pakistan last year primarily owing to India’s apathy, the future of SAARC looks dismal unless a robust political initiative emerges in the offing.
While plethora of the agreements and conventions have been reached at official SAARC summits in the last three decades for the promotion of South Asia and its people, little concrete steps have been taken to translate the commitments into actions in the absence of a strong political willpower.

Common interest
Under the proactive leadership of particularly the intellectuals and civil society members vigorously pushing for strengthening social fabric from small nations like Nepal and Bangladesh, SAARC was established in principle to foster regional cooperation in South Asia on matters of common interests. But the interest of the big nations like India in SAARC has appeared low since its inception.
SAARC has thus remained problematic at the level of Head of State and Government. Whether it’s an issue of the violation of charter or the animosity between two countries (India and Pakistan) over bilateral matters, SAARC’s progress has been slow. Moreover, the interest of the hegemonic western forces to see a fragmented and controversial South Asia has reigned supreme to derail SAARC’s growth.
Nonetheless, it is interesting to note the exemplary state of co-operation among the non-state actors including the civil society, NGOs, academia, researchers and community people within the region even at a time when SAARC has become defunct at the political level. Series of conferences in human rights, labor issues and democracy in the 90s culminated in a civil society mechanism to raise collective voice on matters of regional interests. In this way, people’s SAARC emerged as the platform to consult and devise strategies to address common issues from people’s perspective and act as a watchdog of SAARC commitments and progress.
It would be no exaggeration to say that people’s SAARC has been instrumental in providing a platform for the exchange of ideas, knowledge, information and ethos of the people despite the shrinking civil society space across the globe in the post-colonial era of liberalisation, privatisation and globalisation (LPG). Having said that, people’s power remains yet to be realised and grassroots democracy needs some serious reinvigoration within the region.
Living in one of the most vulnerable regions of the world in terms of terrorism, poverty, social inequality and corruption, it is definitely not an easy task to champion the people’s rights and get the voice of the marginalised communities including women, dalit, adibasi, janjatis, Muslim among others mainstreamed in the policy decisions. Tackling with rising religious fundamentalism and the increasing grave violations of human rights, press freedom etc coupled with the problem of good governance have invited serious repercussions for institutionalising the gains made so far through the people’s forum in SAARC.
Penetrating into the lives of the grassroot people and bolstering meaningful engagements with the community to ensure their participation in the people’s SAARC process remains a daunting challenge. This often manifests in the divisive tendency occurring within the civil society groups meted out by the neo-liberal ideals.
With increasing NGOisation and unwanted international intervention in the form of development aid, civil societies across South Asia have ceased to carry the genuine concerns of the common people and advocate for strengthening participative democracy. Instead, partisan interests seem to be growing and the tendency to seek corporate profits by compromising the original ideals of the movement has crippled the process of empowering citizens in South Asia. Needless to say, the relentless political transition and myriads of social conflicts in the region have aggravated this problem.
Hence, it is high time the issue of reorganising people’s SAARC to better the lives of the people of South Asia be discussed at public forums. Disseminating the voices of the grassroots people: peasants, labor, women, ethnic minorities among others at the policy level has become urgent to alleviate their everyday socio-economic ordeals. Acting as a liasion between the local people and the government can be a good opportunity for people’s SAARC to justify its relevance as a parallel movement to official SAARC.

Engagement
Having clear priorities for strategic interventions at the respective country level deliberations eventually leading to a robust regional engagement can be a breakthrough to revive people’s agenda. Establishment of a people’s commission with the participation of the eminent groups of people can definitely provide an impetus to restructure people’s SAARC. In addition, people’s SAARC needs to act as a pressure group to resume the stalled negotiation process of head of state and government level SAARC to keep the flame glowing despite odds.
Looking for substantive engagement in the country process with a commitment to reform the SAARC to make it more functional and outcome oriented should be the top priority. Nevertheless, relentless efforts on the part of the civil society needs to continue to critically inform the policy process. 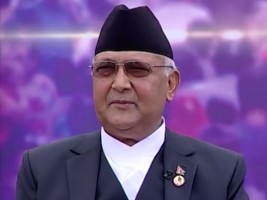