(MENSTRUATION IS A BOON NOT A SIN ) 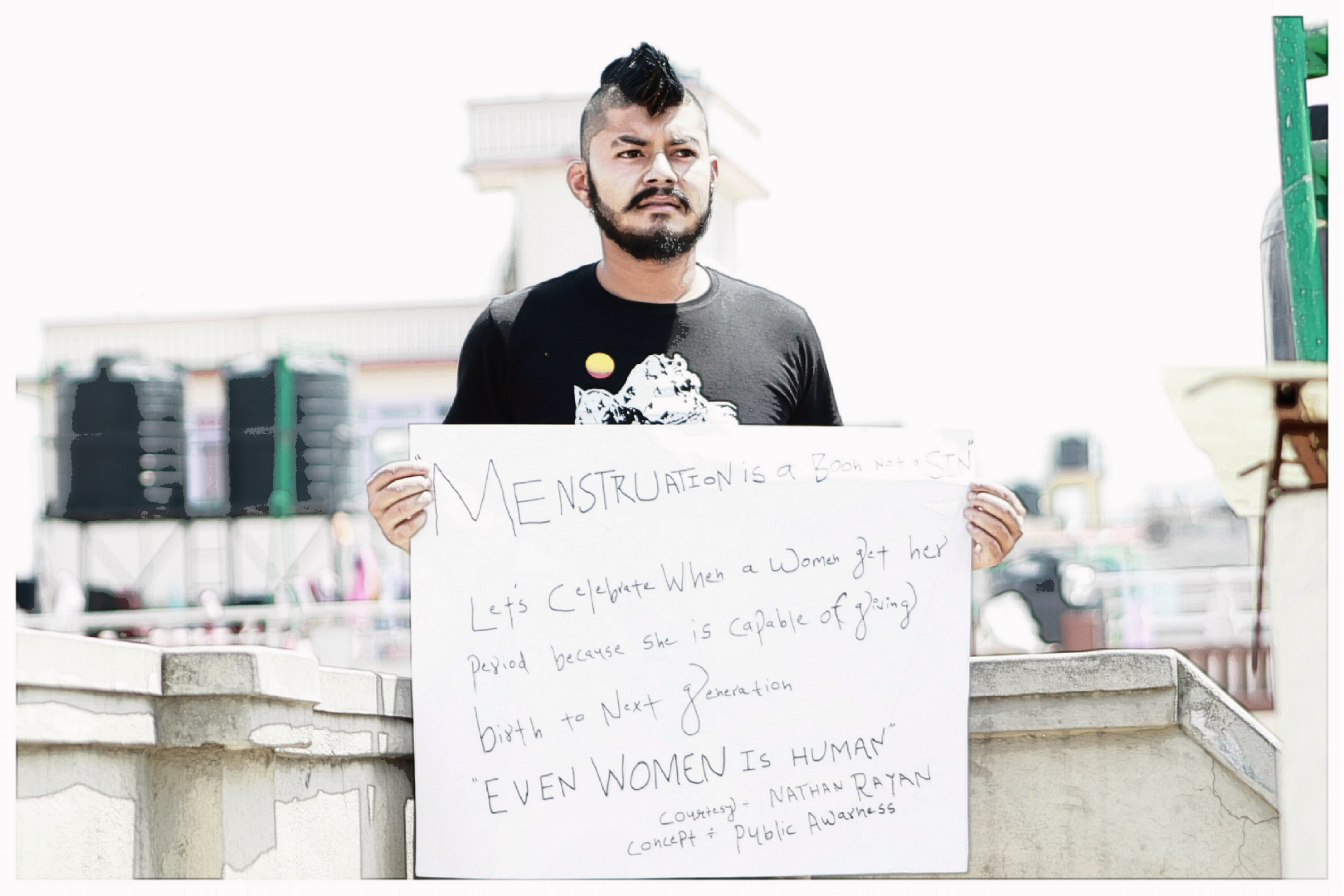 The day I know female Process of normal vaginal bleeds called Menstruations , many of Rayan were wondering to know the fairy tale .

Various sources explain & sounds same that, this is an Natural process that occurs as parts of a women monthly cycle . "This is not a tabbo , this is not a secret and this is neither a hidden story that you could rate pathetic . "nevertheless this is a BOON . The dramatic scene after period is absolute ridiculous the girl strictly prohibited to touch anyone~ anything out their , this is totally out of box . I agreed the women is insanitary for a couple of hours but after her being neat and clean why you behave insane(untouchability ) these things should be neglected. Grow up !!! you deserve lots more than this .

A young girl who is 13 years old doesn't know the natural period & she bleeds all of a sudden thinks something called blood cancer happens and thinking of it "I am not living anymore " the day what she felt only womens in this whole world know the real pain inside her ooh !!! come ON many people know it as tabbo should be eradicate as soon as we Can . I look back on those my school days we somehow stuck into an chapter called reproductive system the entire classroom feeling is like you are alone in jungle right straight you see the giagantic Lion , absolute pin~drop slient takes place when this process is going On teacher smoothly skip the chapter despite their are few numbers of students who are desperate to learn but doesn't count .

A hindu female suffer more . "TEMPLES" we all worship god like everyday but women are prohibited to go their on their period I couldn't understand the mind set up and mythologise trend .Be a saneful enough that everybody should know it is an Natural process and boon to women . Thier is difference in having seats on Buses and cinema halls , In bus everybody wants to sit on fornt seat as much as they can on the contrary cinema halls defines vice versa My point is that why don't we try our best for Back seat facility of buses that could value more and a fantastic colors vision for front seats cinema that could also manage some sort of satisfaction too . Same way both seats are valuable if we create good environment and public awareness. Lets celebrate when a women get her period because she is capable of giving birth to next generation .

Being a men our responsiblity is to look after them and the false prediction towards period should counted as casual . "Even women is human "